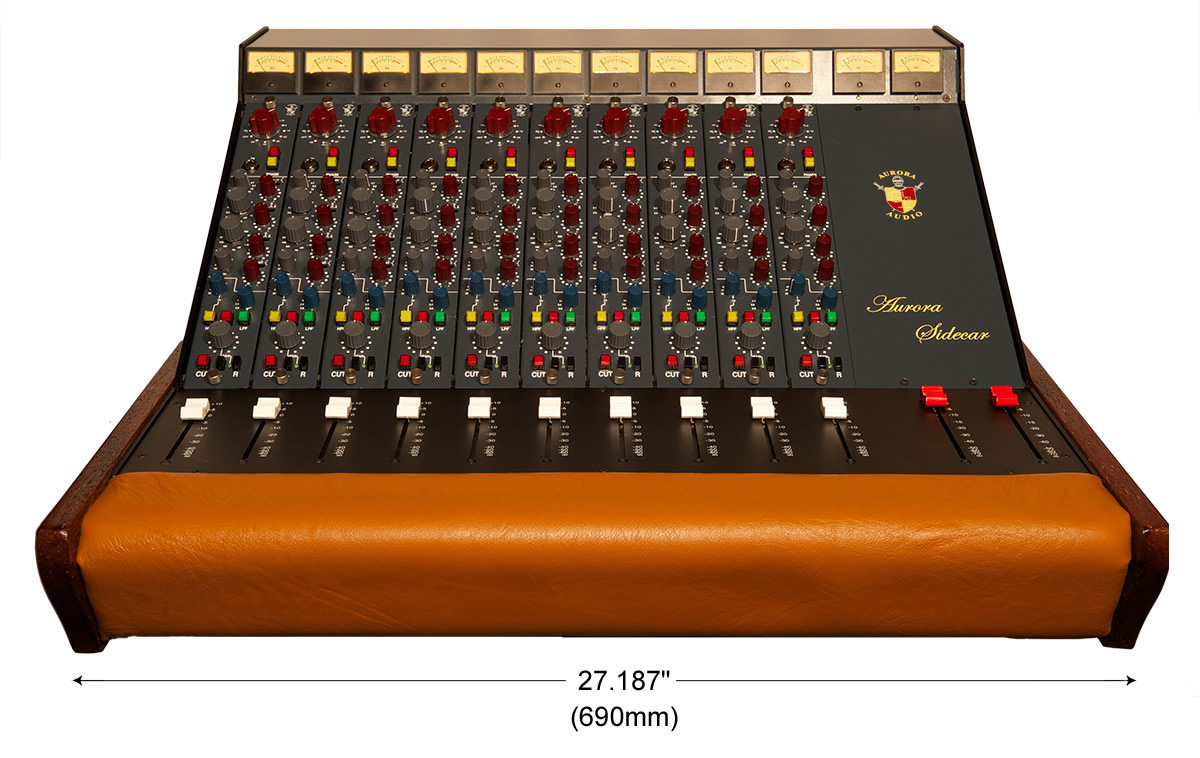 Geoff Tanner was born 16th March 1946, in Watford, Hertfordshire. He graduated college in 1967 to pursue a career in Electronics. Tanner worked as an apprentice in the Research and Development Laboratory of Watford Electric & Co. Ltd while studying further education and obtaining the City and Guilds of London Institute Full Technological Certificate, with distinctions in the Application of Semi Conductors and Electronic Control Systems. He also studied at Cambridge University on the Applications of Micro Processors.

After leaving Watford Electric in 1968 Tanner worked for British AeroSpace in their Precision Design Department designing guidance systems and components for the aerospace industry. A career move in 1970 involved transferring closer to home and working as a design draughtsman for Dymar Electronics, manufacturers of mobile radio telephones and audio/rf test equipment.

In October 1971, Geoff moved to Cambridge and joined Rupert Neve & Co. Ltd. in Melbourn, near Royston, Herts., as an Electronic Design Draughtsman. Progress and his thorough understanding of the products manufactured (complex broadcast and recording consoles) led to his promotion to Head of the Electrical Design Drawing Office less than 12 months later. The design office translated the console order from the customer by creating whatever was necessary to make the product a reality.

In an effort to rationalize the design of the complex circuits, he produced over thirty Technical Information Sheets which gave precise design rules to ensure consistent technical specifications from the many different console designs. During this time, over 70 percent of the audio control consoles were built to custom requirements. The Tech Sheets became a bible for other engineers designing and assembling other similar products within the company.

In 1978, Geoff moved up into the Sales Engineering Department of Neve Electronic Laboratories and liaised directly with customers to provide design input for the drawing offices. In 1980, a new role was offered as “Special Orders Manager.” Tanner lead a team of wiring and metal technicians to design and build virtually any custom product that a customer might require. This could be anything from a 36 channel music recording console to a tiny 2 channel tape transfer unit for the Metropolitan Police.

The Special Orders Department was very successful and was expanded to include the Spares Department and the Special Projects Department. The former because of the team’s intimate knowledge of the products manufactured and the latter because other companies were so impressed that they were asking Neve to make products for them, unrelated to audio!

Unfortunately by the early 1980′s, Neve was involved in takeovers. First by ESE, then Siemens, and the new management were only interested in producing standard products. The successful custom division was downgraded. As a result, it became very difficult to run an independent custom division against the new management’s plan. In December 1985, Geoff left Neve Electronics after fourteen years and branched out on his own as a freelance engineer.

Tanner independently continued his work with Neve consoles, with upkeep, repair, and maintenance. He built monitoring/duplicating consoles for CBS Records in Aylesbury and a similar console for Audio Productions in Croydon. He has traveled all over the world fixing consoles including trips to the USA, Japan, Israel, Spain and Ireland. In 1994, Geoff designed and built the huge 56 channel 24 track recording console at Great Linford Manor in Great Linford, Milton Keynes. The console now resides at Steakhouse Recording Studios in North Hollywood, California.

Tanner established Aurora Audio in the United States to continue to look after these beautiful consoles and to manufacture new products of similar quality to the Neve range that he knows and loves so well.