The Aurora GTQ2 offers typical “vintage Neve 1073 type” microphone preamplification.
It stands for lots of power in the mids, big and tight low end as well as characteristically round transients in the highs.
However, the GTQ2 has a more open alas more “modern” sound than even the best kept original vintage Neve 1073, without sacrificing any of the distinctive 1073 recognition value.
Its enormous headroom is striking. Producing clipping artefacts is almost impossible.
At the same time it allows deliberate saturation of program up to heavy harmonic distortion – yet it will never produce typically nasty clipping artefacts when heavy peaks occur, like most of its competitors will do.
In addition to the 100% desert island Mic Pre the GTQ2 offers the 1073 ubiquitous 3band EQ.

A meticulous blindtest in Japan with five of todays most common “1073 type” Mic Pre’s showed the GTQ2 coming through as the clear winner.
Its history explains why those in the know where hardly surprised.

One of the most important features of the GTQ2 – however odd this may sound to some – is his output pot.
Unity gain is all the way to the right, about 5 o’clock.
However, it is recommended to set the output put somewhere between 3 and 4 o’clock as a starting point, making up the lesser output gain with the input gain knob.
That way the signal will become slightly saturated and enriched with harmonics.
In most applications this will result in that signal sitting better in the mix.
When recording bass or keyboards, bassdrum or snare it is quite common to pull back the output pot down to 2 o’clock, sometimes 12 o’clock and lift the input gain accordingly.
Results will never show nasty clipping, whatever saturation or distortion you might get will remain musical and simply “sound good”.
Similarily it has become very common to use the GTQ2 as outboard processor in mixdown, for instance on guitars stereo bus, or to saturate bassdrum and snare, or on drum bus altogether.
We also know of ITB (“in the box”) mixers, that run their master bus through the GTQ2 before printing – to round of the transients,  to make up for that typically ITB lost depth and generate fuller, yet tighter low end.
On the backside of the unit you will find two input impedance switches (left and right channel), by which impedance can be set to 300 or 1200 Ohm.
Typically you would set your GTQ2 to 1200 Ohm, particularly when tracking with high level condenser mics.
When recording with a vintage ribbon mic or some low level dynamic mics (like for instance the Shure SM7) you would probably want to set the GTQ2 to 300 Ohm. 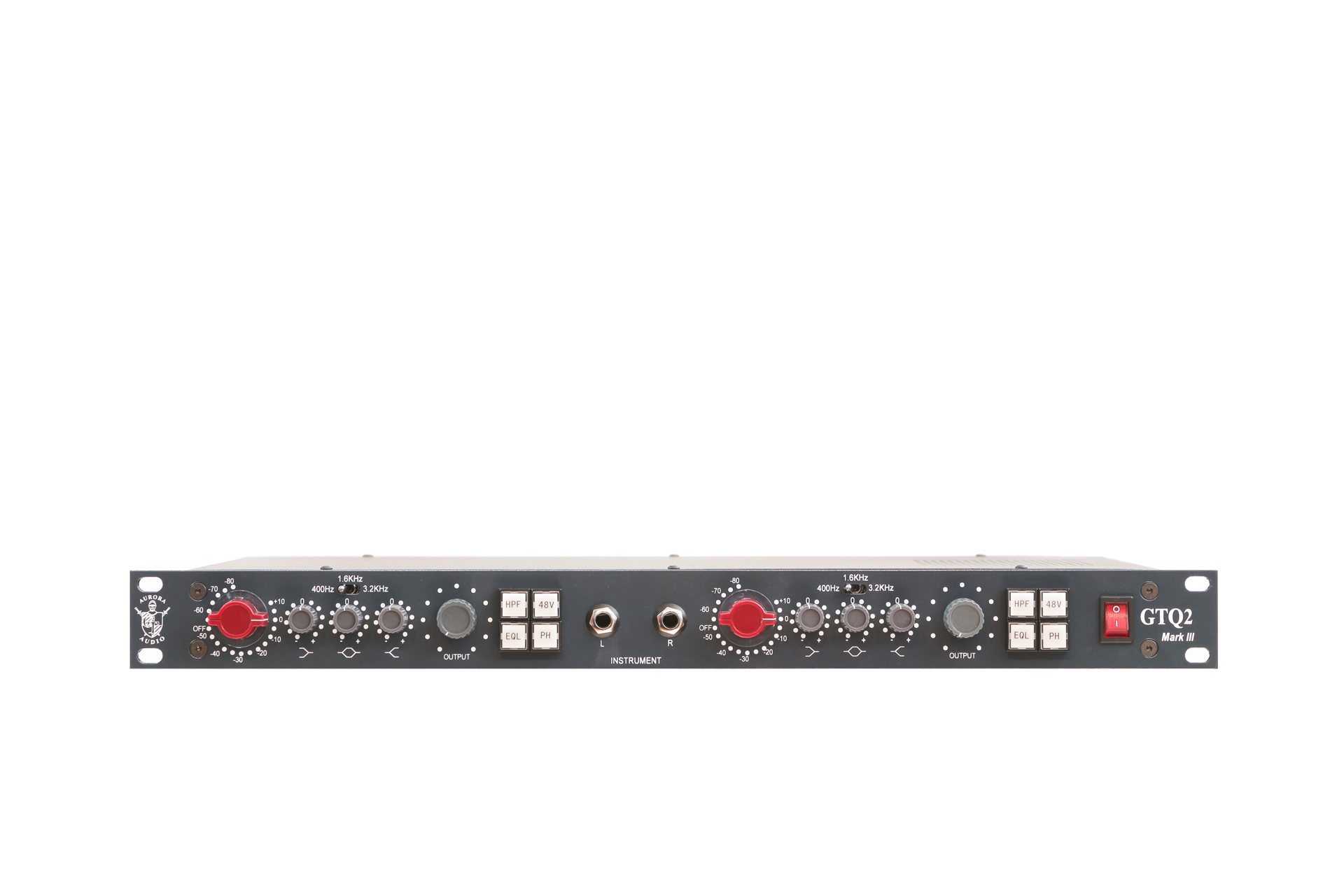 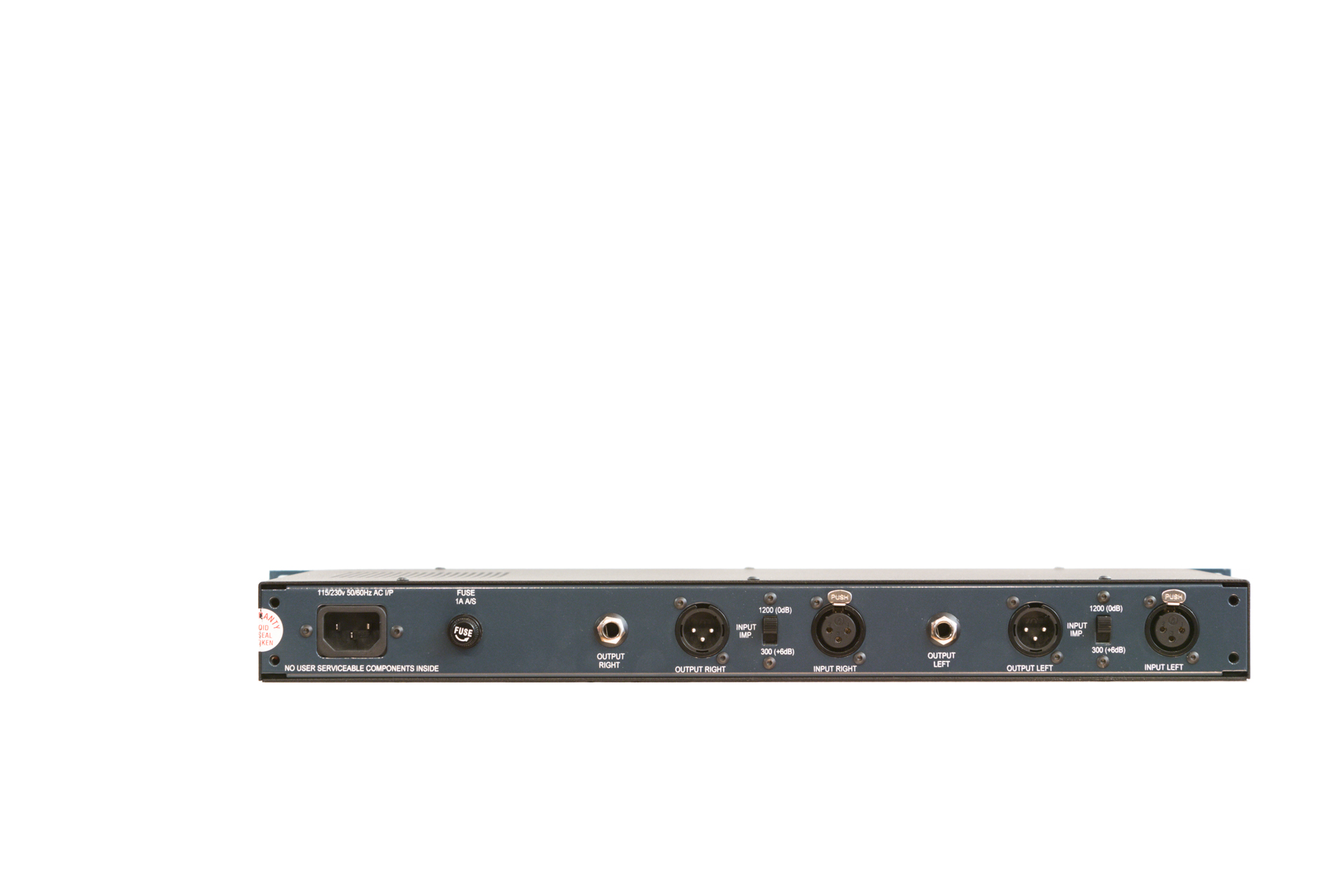 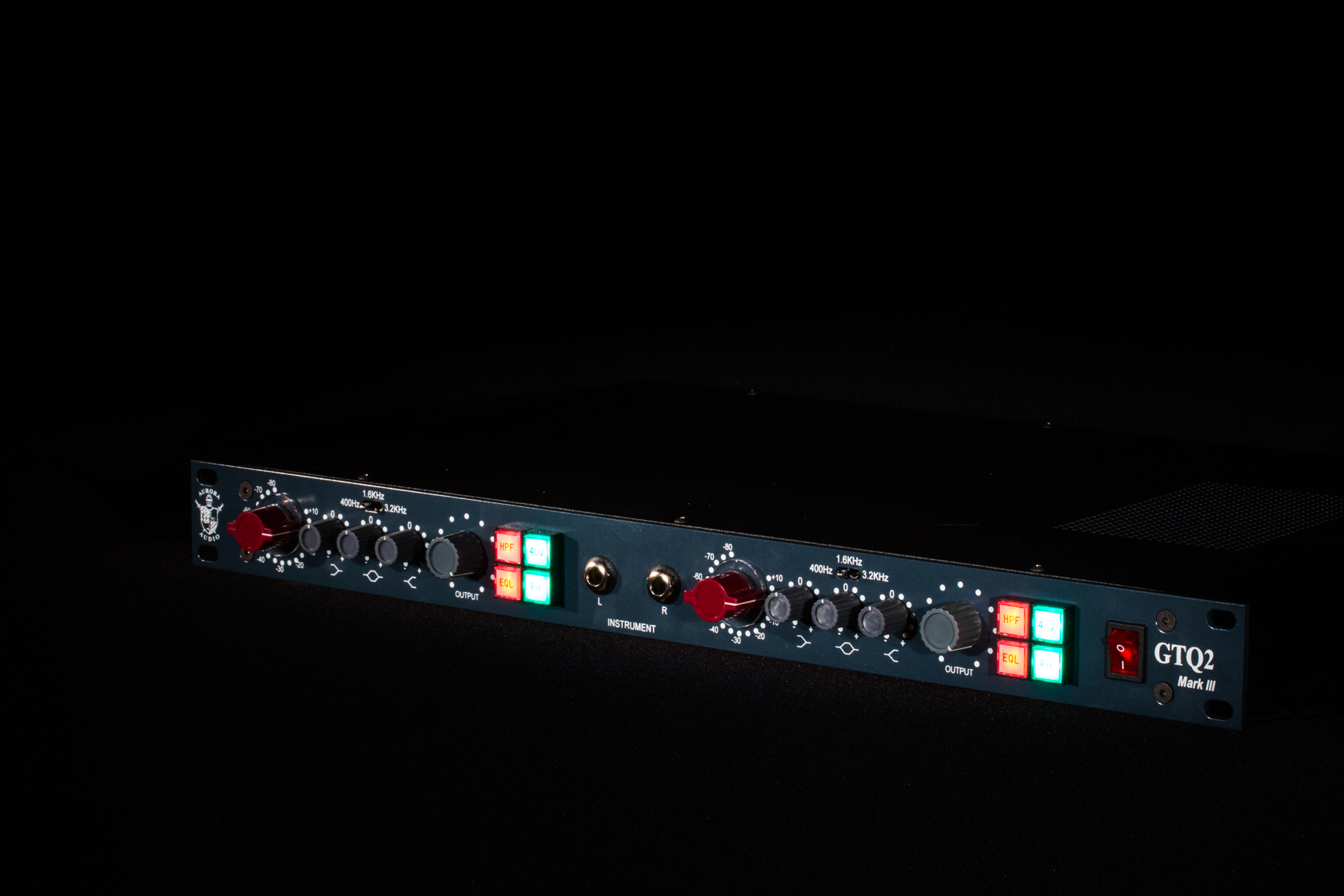 Contrary to most other 1073 type Pre manufacturers – AMS Neve downwards – GTQ2 designer Geoff Tanner did not try to just build a mere clone / a pure copy of the famous original, that had made the name of Neve what it is to this day.

Had this been Geoffs intention – to just remake the original –  he would have been the very man for the job.
After all, it was young Geoff Tanner – in his position working for the Neve company – who had been responsible to assemble the final schematics for construction and building of the 1073 back in the early 70s.
It would not be bold to state that nobody in the world – including Rupert Neve – knows more about the design of the original 1073 – than Geoff Tanner.
After leaving the Neve company in 1985 Geoff spent some 15 years taveling on the road, servicing vintage Neve consoles around the globe, quickly becoming the world’s most sought after specialist for the task.
When in the late 90s he decided to build his own version of the 1073 he took advantage of the situation, in his own words, “to change all those bits and pieces that I never liked about the original in first place”.
The resulting GTQ2 has a more open sound, is not as prone to wearing out or breaking down, is yet easier to service, and at the same time – is less costly to build.

Ever since I first got my hands on a GTQ2 – some 6 years ago – it has been my personal “go to” preamp. I use it for just about everything one could possibly want to record, such as lead or backing vocs, guitars, bass D.I., keyboards, you name it. I particularly love this preamp on drum overheads. Its fascinating that in this application you can set the GTQ2 so that bassdrum and snare will sound powerfully saturated or distorted (due to the much higher peak level) but cymbals and high hat will at the same time retain a clean and gentle openness. I cant say why I have not yet gotten similar results with other preamps. Its a bit like Geoff Tanners stereo compressor, the GTC2. I’ve been using that comp for the best part of 5 years now on a daily basis and still dont quite get what it actually does. All I know is that it works wonders on my mixes. To my ears Geoffs designs are sure the biggest miracle within our miraculous audio world.